Germany is known for being very welcoming towards immigrants and different cultures. It is a mix of different people from different places, but it is still Germany. In that spirit, we ask you, what do you really know about this magnificent country? Did you have any idea Berlin had more bridges than Venice? If you are into learning some super fun facts about Germany, read on!

What Do You Know About Berlin?

So as said, Berlin has 960 bridges and about 59.8 square kilometers of water, in the shape of lakes and navigable waterways. It houses Europe’s biggest inland water network. Now let us continue to other fun facts about Germany, like the fact that it is illegal to run out of fuel in the Autobahn. Yes, you read right, motorists are only allowed to stop for emergencies and running out of gas is not good. The punishment in these cases can come as a fine or as a license suspension.
Another weird fact is that the legal system in Germany has a say on what you can name your babies. Continuing with that train of thought, prison escape is not punishable by law. The German law maintains that prisoners kind of have the right to attempt to escape from prison, on the basis of the human instinct to be free. Prisoners who do attempt such actions though, are punished and held liable in cases they cause property damage or harm other individuals during their escape.

If you find yourself planning on moving with a moving company to Germany, it is kind of important to know at least a little bit of historical facts about the country. It can always be a conversation starter at your new workplace or in other social situations. Did you know that Germany was the first country ever to adopt the daylight-saving time system? This occurred in the midst of WWI in order to conserve energy.
Another thing that came as a direct result of a war, in this case World War 2, is the origin of Fanta. Because of the trade embargo that prevented the importation of Coca-Cola into Germany, the head of the German branch of the company at that time decided to use some leftover products in order to create a new domestic product. Today Fanta is the second most popular drink outside of the US, as people around the world consume it 130 million times every day.

Important to Know Facts Before Moving to Germany

It is important to know that the education system in Germany is open and free, even for internationals. Back in 2014, politicians brought a big change and cancelled college tuition fees. They explained that they thought it seemed to them as a social unjust, to have to pay for higher education.
Regarding language, German still remains the language with the most native speakers in Europe. Aside from having the largest population in the European Union, a long time ago the German language was the common language around central, eastern and northern Europe.

The German education system is one of the top systems in the world, as students score higher than the average OECD’s PISA scale. In Germany, 86 percent of adults between the ages of 25 and 64 have completed at least upper secondary education, which means that most of Germany’s citizens have finished high school. It is well above the entire EU average of 74.2 percent.
When it comes to employment, according to reports from 2016, more than 50 percent of people in the ages between 15 and 64 had a paid job, as unemployment went down to a record of 4.2 percent. Men are the primary full-time workers, while women tend to work part-time. Despite everything mentioned above, Germany adopted the concept of minimum wage only in 2015, for the first time.

If you feel like Germany could be the right place for you to spend the rest of your life in, or at least the next few months or years until your next adventure, make sure to check for all the permits and requirements of becoming a legal citizen of this amazing and beautiful country.

Kfir Cohen is handling global operations, cargo shipping, negotiation, and management of different suppliers around the world. He has more than 15 years of experience in the avant-garde of relocation and the sea/air freight business.
International Moving Company to Germany
Germany is rich in culture, history, cuisine and leisure activities, making it a central tourist hub and focal point for business and pleasure.
Latest Posts 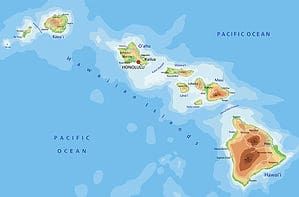 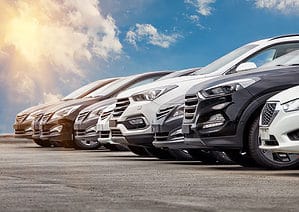 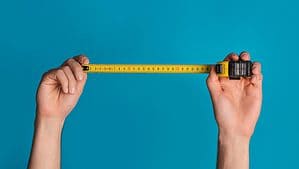